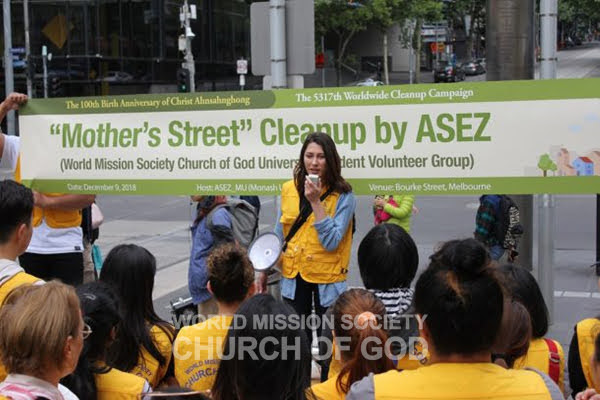 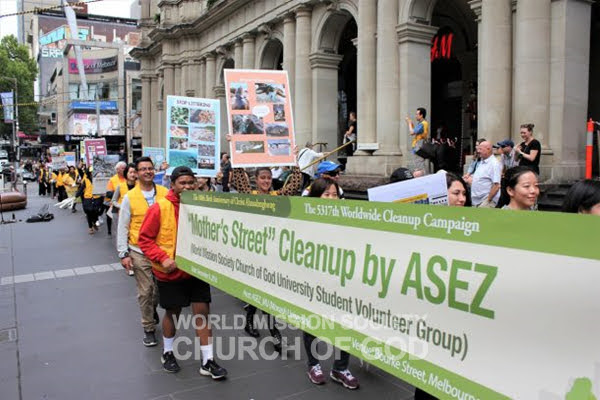 The “Broken Window Theory” states that visible signs of crime can provoke more serious crime in the area. However, the simple act of cleaning up the area can make an impact, reducing crime. This theory was tested in the 1980’s. George L. Kelling, a criminologist and famous author of the book “Fixing Broken Windows”, worked as a consultant for the New York City Transit Authority.
Kelling decided to clean up all the graffiti in the New York Subway. Paired with stricter police action against petty crime, the graffiti removal caused both petty and serious crime rates to fall.
In the same way, the Church of God aims to help reduce crime rates within the community. By making Melbourne city a more beautiful place, one can inspire a more beautiful mind within the community. With this aim, the Church of God targets crime reduction through its cleanups.
Bourke Street has been a hotspot for criminal attacks on the Melbourne community. In light of this, the Church of God took an alternative approach to crime reduction, taking initiative to clean the streets of the Melbourne CBD. 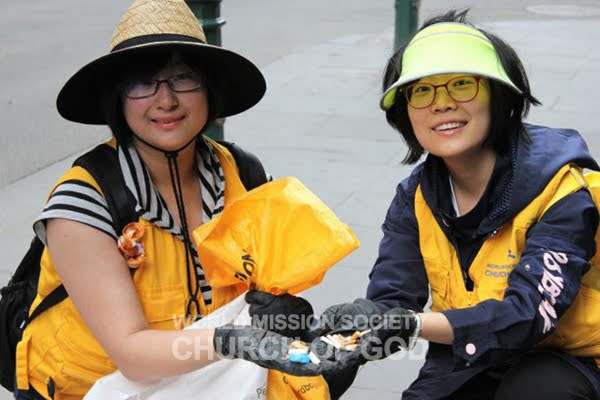 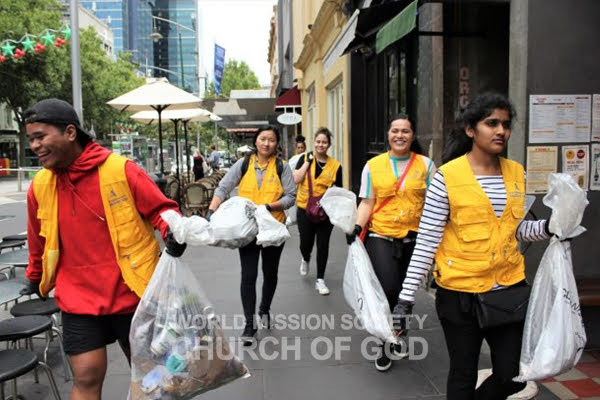 Be the change you wish to see in the world

Serving the city of Melbourne with all their heart, the members share the great love of God the Mother. God shows us an example of humility in serving others without wanting to be served in return. Members of the Church of God are the change that many wish to see in the world. The volunteer campaigns are a great opportunity to share God’s love with people.
Through this campaign the hard work and diligence of all the members won the hearts of passers-by. Many being impressed, showed interest in the initiative, asking about the Church of God and ASEZ.
At the end of the event, members gathered together at Parliament Gardens. The litter collected filled 43 bags, weighed a whopping 270kg. 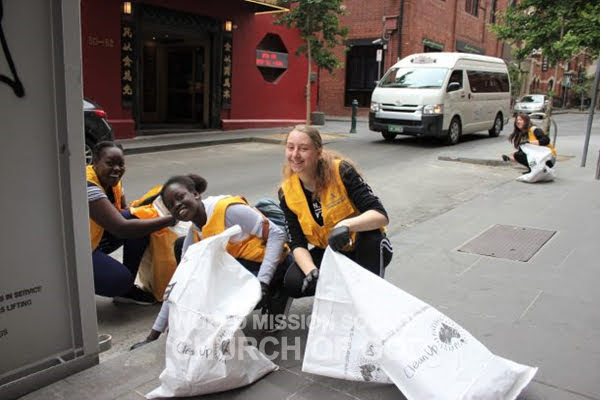 One lady gave the members a speech of gratitude and encouragement after witnessing the event.

The great love of God truly shines through the dutiful hands of the Church of God volunteers. The Church of God members continue to inspire the world through Heavenly Mother’s love, one volunteer service at a time.