On 7th June 2017, the World Mission Society Church of God displayed the glory of God Elohim at the UNAA (United Nations Association of Australia) Climate Collaboration Forum. A booth was set up specifically to reveal the actions taken by WMSCOG volunteers with love of God the Mother.

The full day event took place at Jasper Hotel, Melbourne. The Climate Change Management Showcase shared what people are already doing to mitigate the effects of climate change and adapt to future change.

Following the showcase was a World Environment Day Climate Action Award presentation lunch. It concluded with Climate Management workshops, discussing how people can work together to build Stronger Climate Cities.

The World Mission Society Church of God members stood at the booth assigned and explained the initiative of the Worldwide Cleanup Campaign showing video clips of cleanups and handing out brochures. Additionally, an impressive poster display spotlighted the environmental action the church is doing throughout the world to combat climate change.

Hilda said, “It was an amazing day. So many people showed their interest in our initiative. The fact that a church was making significant efforts to combat climate change on a global effort surprises many people.”

Many passers-by praised the church of God by saying “It’s really great that your cleanups have reached the Queen. Congratulations on winning the Queen’s Award.” 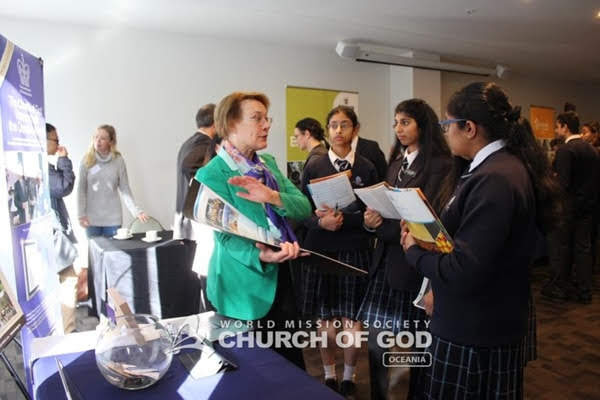 Searching for a way to take action

Indeed, the booth provided people who were passionate about climate change, an opportunity to join in volunteering and taking action. For instance, one company CEO said, “I would like to register my company of 300 employees to join at your next event. What you are doing is really fantastic and it’s easy for people to get involved. I have been searching for an event like this.”

At the forum were a variety of people who concerned about climate change. They are politicians, members of large companies, and representatives from major universities. Overall, many came to know the World Mission Society Church of God’s Worldwide Environmental Cleanup Campaign in over 175 different countries. 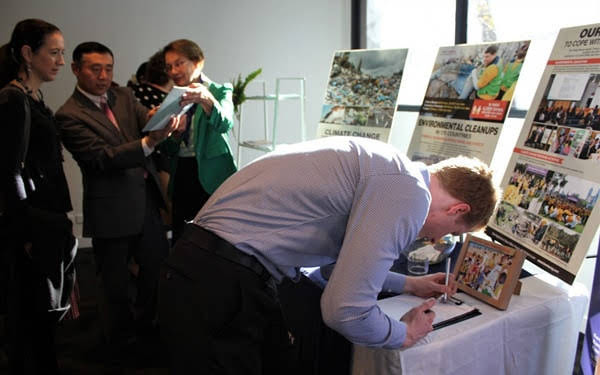 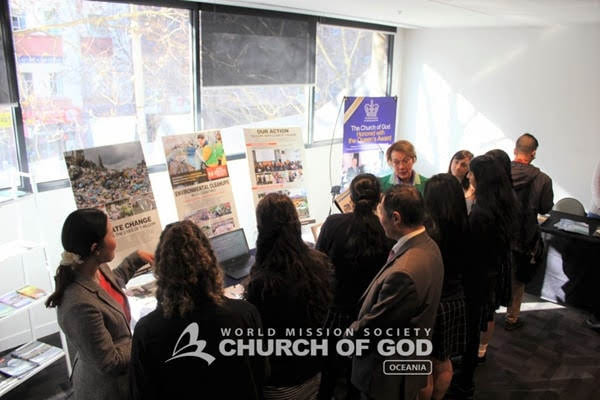