Another cleanup took place on Sunday, 20th of August, near the Darra train station, in the Southside of Brisbane. This designated area, being industrial, was a different experience than the usual park cleanup. The team in yellow vests from the World Mission Society Church of God began the day with prayer. Their volunteering action reflected their genuine heart of concern for the community. 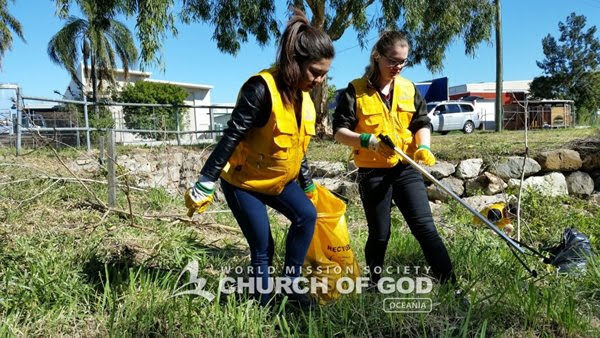 There was never a dull moment as the Church of God volunteers laughed often while they joyously cleaned along the streets. While some members continued to clean up litter into bags, others used their cars to collect the bags already packed with rubbish. There was a display of teamwork and consideration in their smile and every little action.

Since they were putting Heavenly Mother’s example of serving into practice, many praised them. One volunteer expressed his experience. He said, “I don’t feel this volunteer work is an obligation but rather an inspiration to work even more.”

Duncan Robertson, a student from the University of Queensland, volunteered for the event. “At face value, the streets seemed quite clean. However, not long after, there were several bags of rubbish. Besides, we also collected large tree branches,” he said. 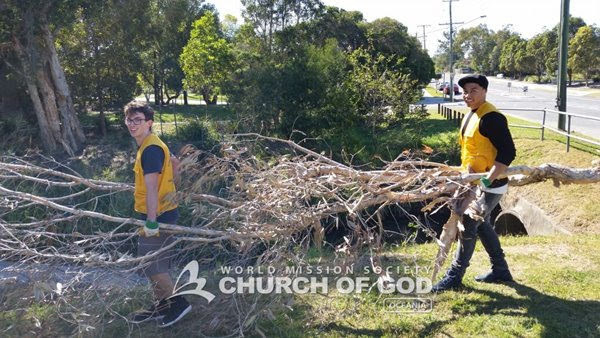 Conscious of God in Big and Small Deeds

Cr Matthew Bourke of Jamboree Ward greeted the volunteers, saying “God bless you!” He thanked the Church of God members for their time, effort, and energy, since it brought happiness and positivity to life. In this way, his gracious words brought large smiles to all the members.

Following the example of Christ Ahnsahnghong and Heavenly Jerusalem Mother, all members cared for others before themselves. They hope for the day when their actions bring all people to be conscious of the love of Elohim God. 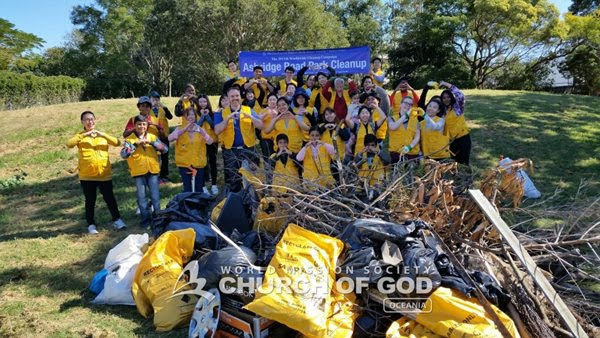