On Sunday January 27th 2019, ASEZ, the Church of God university student volunteer group carried out a beach cleanup. This was the Church of God’s 5,457th worldwide clean-up campaign. 120 smiling volunteers dressed in yellow vests, gathered in the warm, sunny morning at Chelsea. Participants include members of the ASEZ, their families and acquaintances.

Chelsea Beach is famous in the state of Victoria for its fine white sand, emerald seas, and beautiful parks. A lot of rubbish is left behind by locals as well as tourists. Whilst the local city council works to maintain a clean environment, it still faces many challenges in terms of human resources. They are in more need of help during the summer holidays as the number of visitors increases.

Lending a helping hand for the better of our environment

Volunteers cleaned nearly a four-kilometre stretch of beach, with gloves and rubbish bags. For two hours, volunteers spread out to gather litter from the sand, playgrounds, surrounding parks, shrubberies, and parking areas. The efforts made to tidy up the beach touched the hearts of many beachgoers.

They found plastic bottles, aluminium cans, straws, disposable paper cups, and fast food containers. Among the collection was industrial waste, fishing line, rods, flotation toys, and an old basketball hoop. By the end of the event, members collected a total of 50 bags of litter including larger items, for proper disposal. The combined weight of all litter collected, amounted to a massive 200kgs!

One of the ASEZ officials said, “It was very meaningful to visit a well-known region to do volunteer work on the Australia Day weekend. We remove litter to reduce crime happening on this beach. I hope many visitors as well as local residents can enjoy a safe and pleasant time here. We also hope our activities will make a difference for the marine life and humanity.” 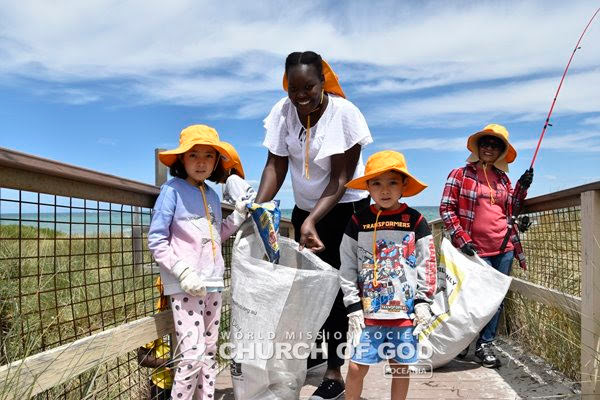 ASEZ is a University student volunteer group from the Church of God, which name stands for ‘Save the Earth from A to Z’ (Save the earth from the beginning to the end). They strive to protect the health and life of mankind who suffer from various disasters such as climate change and environmental pollution. ASEZ carries out the “SAVE Movement” to practice the love of God the Father and God the Mother to the needy. The word ‘SAVE’ stands for Social service, Awareness raising, Victim relief and Environmental protection.

In addition to its crime prevention project, ASEZ conducts various other activities. These include an international forum for the implementation of the UN SDGs and climate change.

The U.N. and many other governing bodies in various countries around the world are also supporting such altruistic movement. On November 16, ASEZ members, as guest speakers, sent a message to the world on the subject of tolerance at the “International Adoption Day” co-hosted by the U.N. and YouTube. 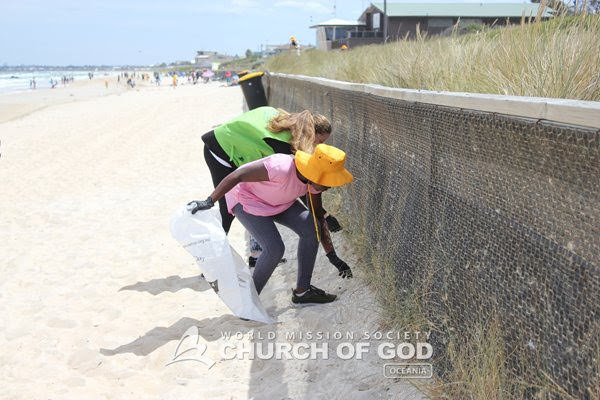 In the same month on the 12th, the ASEZ won the Green Apple Prize (international category). This is known as one of the world’s four major environmental awards. Furthermore, ASEZ representatives attended the ceremony to commemorate the National Volunteer Day held at the Brazilian presidential palace in August 2018. President Michel Temer praised their initiative.

The Church of God hopes to continue making a difference around the world through the great love of God the Mother. 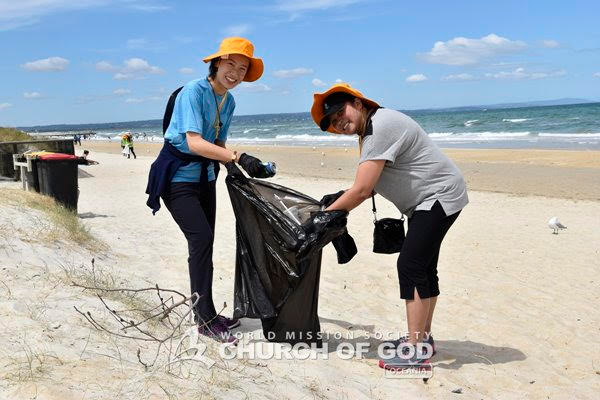