Three days following their blood drive to share the love of the Passover, they held another cleanup. Thirty six volunteers gathered on April 30, at Hanlon Park on Sunday morning. Volunteers donned bright smiles and yellow vests, getting ready to clean up the environment. This marked the 3735th Worldwide Cleanup Campaign, specially held for Passover.

Passover is a New Covenant feast which God Elohim established by shedding blood to save mankind from sin and death. The New Covenant Passover contains the forgiveness of sins, and the promise of protection from all disasters.

The World Mission Society Church of God in Brisbane has been continually carrying out voluntary services to glorify Heavenly Father and Mother. This is in accordance with Christ’s teaching, “Let your light shine before others… and glorify your Father in heaven.” Church of God members not only engrave Christ’s teachings in their hearts but also practise them through good deeds.

“Since God Elohim cleanse away my sins through their endless love and sacrifice, I want to share this great love with the seven billion people of the world. This cleanup campaign gives me a chance to do that.” said one of the members, Sophia.

Volunteers including mothers and their infants, families, and children, youths and the elderly, gave their time and energy. During the severe cyclone that hit Queensland last month, many items were strewn in parks and streets. They picked up debris such as broken branches and litter, restoring the beauty and cleanliness of the area. 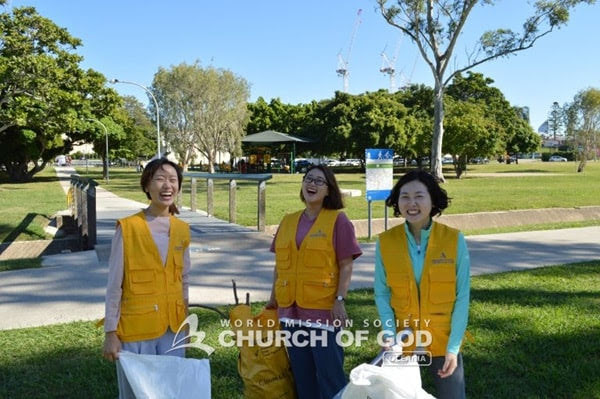 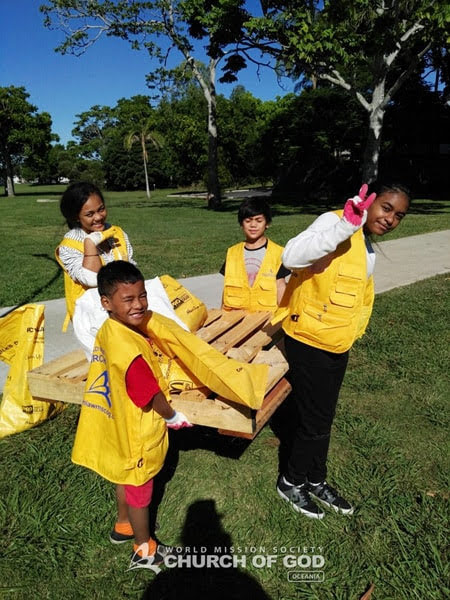 Many passers-by expressed their gratitude and praised the members saying, “Thank you very much” and “Great job!” Residents were indeed surprised to see the united efforts of the volunteers. Soon, rubbish filling 35 bags was gathered.

Local Councillor, Ian Mckenzie of Coorparoo Ward, was deeply moved. He acknowledged the Church of God with a letter of recognition. He exclaimed, “You did not just say with words but you put them into action. So much rubbish has been collected. Fantastic work!”

The members expressed their heartfelt thankfulness to Heavenly Father and Heavenly Mother. They eagerly look forward to their next cleanup, desiring to glorify God even more, by spreading God’s love to all mankind!