On the 7th of August, a cleanup campaign was conducted in the Toowong area, an inner suburb of Brisbane City. The day began with a soft sunrise and a warm breeze as the temperature climbed to a comfortable 21 degrees. While most people were slowly waking up; a team of ten University Students dressed in bright blue were fast to pick up forgotten rubbish in industrial and residential areas that had been neglected.“It’s nice to see work being carried out by young people, in a united manner.”

The team of blue, identified as IUBA (International University Bible Academy) students from the World Mission Society Church of God, exemplified what is a universal truth: that a small act of kindness goes a long way, instigated by the teaching of being the salt and light of the world. They remained in good spirits as passers-by shared their appreciation of the good work. Some residents directly approached saying “It’s nice to see work being carried out by young people, in a united manner.”

It was noticeable that the attractive view of the waterfront, a beautiful place, was short of environmental care. In light of this, the team moved across the main road to the Toowong Memorial Park where they gathered around 20 bags of rubbish. The volunteers worked with bright contagious smiles, creating a beautiful atmosphere that inspired others. 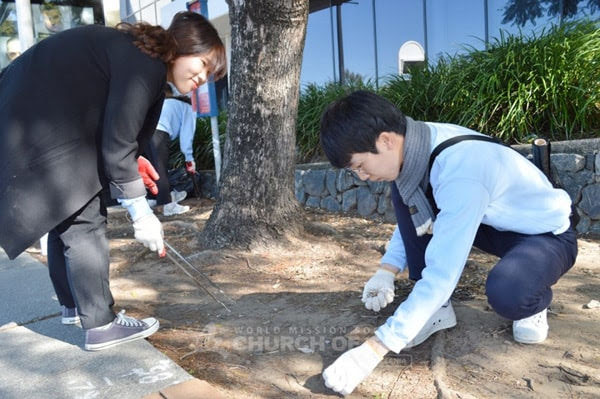 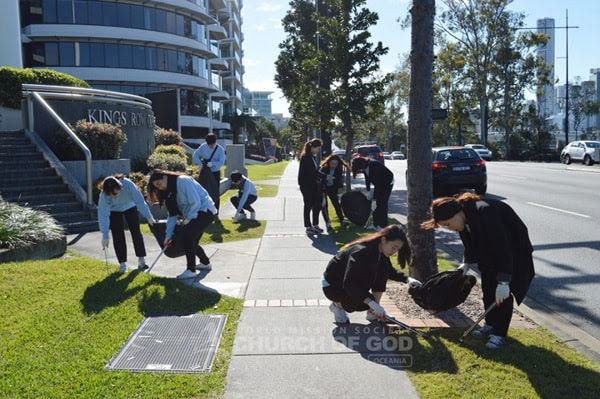 Be Light of the World – By the Teaching of Heavenly Mother

Keeping in step with the “Teachings of Mother”, the Church of God members, resembling the heart and actions of Heavenly Mother, put into practice the deeds of purifying the world with Mother’s love. It was for this reason, the team were immediately recognised by the Chairman of the Field Services Committee in charge of the Paddington Ward, Councillor Peter Matic. He expressed his gratitude to the team as well as his willingness to support future environmental works of the Church of God. Moved by their volunteer efforts, Cr Peter Matic invited the IUBA team to his office despite his busy schedule, and personally awarded the Certificate of Appreciation to the Church of God.

The cleanup campaign was successful and the members of the Church of God only hope to do more for the community and society as a whole. 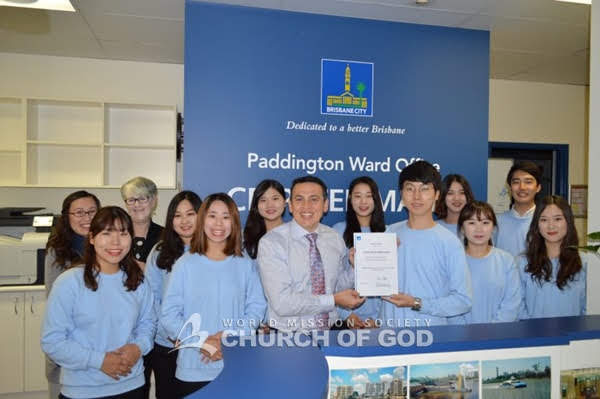