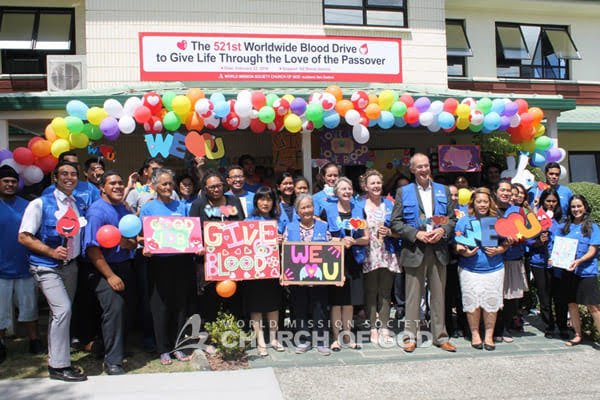 The Worldwide Blood Drive event moved the hearts of many people in Auckland to donate blood. The World Mission Society Church of God held ‘The 521st Worldwide Blood Drive to Give Life through the Love of the Passover’ on Feb 22nd 2016, in Henderson, West Auckland. The event is so meaningful since each person’s blood donation can save up to three lives. For this reason, about 150 people gathered to donate blood at the New Zealand Blood Service including Phil Twyford, a Labour party MP.

Blood Donation Save the World

As their custom, the World Mission Society Church of God throughout the world participate in blood drives. Year after year, they regard this service as one of their major volunteer activities. The blood drive is an event to save the lives of many, sharing healthy blood with patients who need transfusions. This is also an act of faith, believing that Christ gave eternal life through the Passover and suffered on the cross to save human life. Hence, many realise the sacrificial love of God through the blood donation event after courageously enduring the needle in order to save lives. 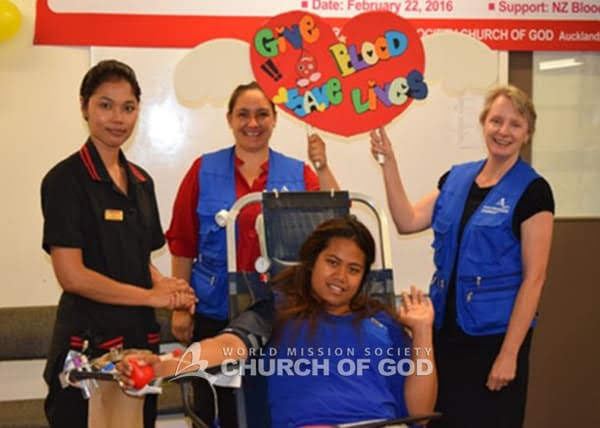 As this was an open event, flyers were given out in advance to invite everyone and anyone they could meet. The church members invited their families, neighbours, and co-workers as well as members of the public. Those who were invited willingly rolled up their sleeves to participate in the blood drive, with big smiles on their faces. Among the blood donors was Phil Twyford, a Labour party MP. He expressed his gratitude and acknowledgement to Heavenly Mother, who is the great inspiration for this event. The New Zealand Blood Service also awarded a Certificate of Appreciation to the Church of God for the excellent results of this voluntary service. 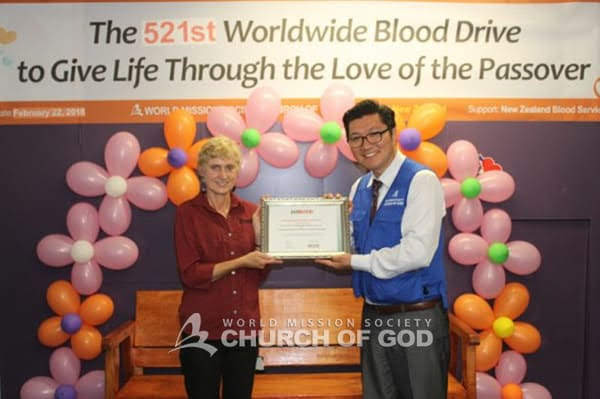